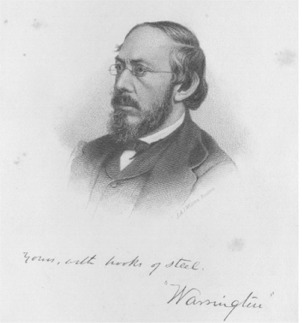 To borrow a phrase, genealogy "is like a box a chocolates. You never know what you are going to get."

Depending on which side of the family you are on, you may be eligible for any number of Hereditary or lineage-based societies. Their websites include membership information and are listed on the links page. Note: I may not have all the proof that a society may require for membership, as a great deal of my information is from secondary or derivative sources. Those sources usually, but not always, have references to the primary sources (the actual historical records). I am working on that, but it is a work in progress


See the Charts page in the Database section for charts showing lines of descent for the various societies.

When considering joining one of these societies, and what "prestige" it may bring you, take heed of these words from William Robinson, one of my ancestors, spoken even as his wife, Harriet, was feverishly looking for some connections of significance (which were there, but she never found):

"What a man is, is of much more importance than who his ancestors are."

The descent from James Chilton to Adele (Force) Cooke as part of an application to the General Society of Mayflower Descendants was recently approved and accepted under General Number 75,596 and Utah number 492. You may use the general number to substantiate your application for those generations you have in common with that descent. There is a also a copy of the descent portion the application which you may find useful: Working copy of Mayflower application

We've only recently discovered the Mayflower ancestry of Wilford Billings and Jennie Logan. The descent from George Soule to Jennie logan was recently approved and accepted under General Number 82,360 and Utah number 567. As above, permission is granted to reference that general number for the generations you have in common, and there is a copy of the descent portion you may wish to refer to.

Royal ancestry for most Americans is based on descent from one or more "gateway" ancestors who emigrated from Europe (usually England) in the 17th century. I wish to point out that I am a "consumer" of medieval genealogy research. It is a specialized field and I leave it to others to present their findings in print. The five main sources I use are:

Roberts, Gary Boyd. The Royal Descents of 600 Immigrants to the American Colonies or the United States Who Were Themselves Notable or left Descendants Notable in American History. Baltimore: Genealogical Publishing Co. Inc, 2004

A note on the Magna Carta barons: Of the 25 barons who signed Magna charta, 17 left descendents beyond the 4th generation. Through William Skepper, Obadiah Bruen, Rose Stoughton, Peter Worden, and Edward Raynesford, I've identified all 17 as our ancestors, and they are listed in the database area of the site. At present, there are three descendancy charts for the barons: William de Roos to William Pierce, William Huntingfield to Harriet (Robinson) Pierce, and Saher de Quincy to Wilford Ervie Billings. For further information on the Magna Carta and a short course on early English history, Wikipedia has a good article.

A recent addition is Stede Bonnet, an 18th century pirate who abandoned his family in Barbados to find adventure. Not quite 30, it seems he had a very early mid-life crisis, or, more likely, was suffering from a mental illness, probably bipolar disorder. In any event, he was captured and hung in South Carolina in 1718. Again, Wikipedia is a good source for more information.